Let's Get To Houston Today

Listen to more below 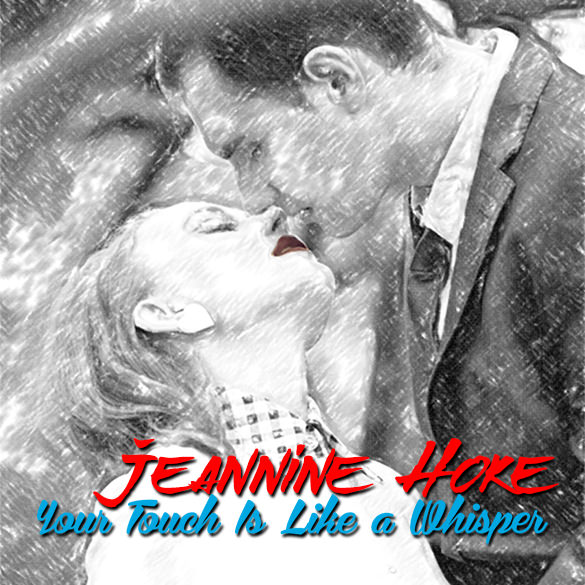 The "A" side of Jeannine's single (incorrectly listed on the label as PS-122 B, which seems to indicate it's the "B" side of the single) is Your Touch Is Like A Whisper, a catchy country-folk tune featuring guitars, dobro, harmonica, and double-tracked lead vocal. The backing track is provided by Al & Alec, who Sonobeat owner/producer Bill Josey Sr. records under their own name in the same time frame – May 1976 – that he records Jeannine. The true "B" side, Let's Get To Houston Today (also listed on the label as PS-122 B), is an urgent but hopeful country ballad, featuring similar instrumentation as the "A" side, but adding a recorder in harmony with Jeannine's vocal. Both songs are Jeannine's compositions. Although we're not certain Al & Alec also back Let's Get To Houston Today, the instrumentation is so similar to Your Touch that it's a good bet.

Jeannine's is the second of only two Sonobeat releases in which a solo artist is listed only by first name on the label; the other is Arma Harper's single, released the year before Jeannine's. Jeannine's also is the only Sonobeat single on which a producing credit isn't given on the label. And, with the release of Jeannine's Sonobeat single on June 30, 1976, we're nearing the end of the Sonobeat label's story. All that's left is Helmer Dahl's Toe-Tapping Tunes album, which is released a month following Jeannine's single.

The Sonobeat archives hold no additional information about Jeannine or the backing band. In 1982, Jeannine records and self-releases a gospel album, We're Making Memories, and, in 2001, a CD, Here's To The Rest Of Your Life, her tribute song to breast cancer survivors. In 2013, she self-releases her final album, Country Blessings. Jeannine succumbs to breast cancer on February 1, 2017, at age 70.

Approximately 1,000 copies pressed
Lacquers mastered and vinyl copies pressed by Wakefield Manufacturing in Phoenix, Arizona
Generic sleeve
Label blanks printed by Powell Offset Services, Austin, Texas
In the dead wax:
Your Touch Is Like a Whisper To Me: PS-122A and WMEMI-S
Let's Get to Houston Today: PS-122B and WMEMI-S

Unreleased Sonobeat recordings
There are no unreleased songs by Jeannine Hoke in the Sonobeat archives
Listen!
Previous Artist  Next Artist 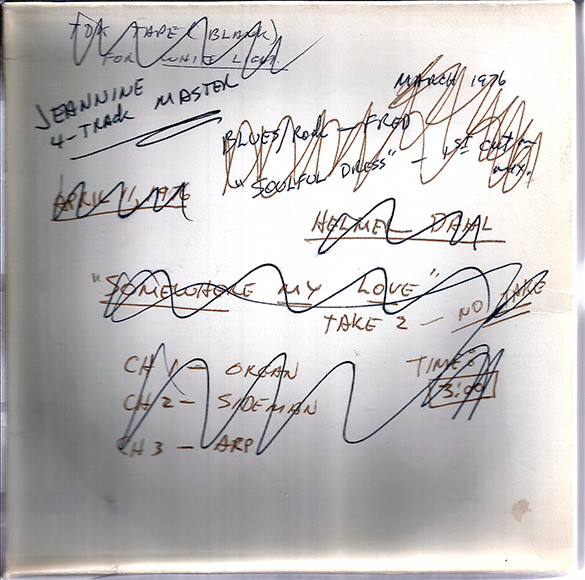 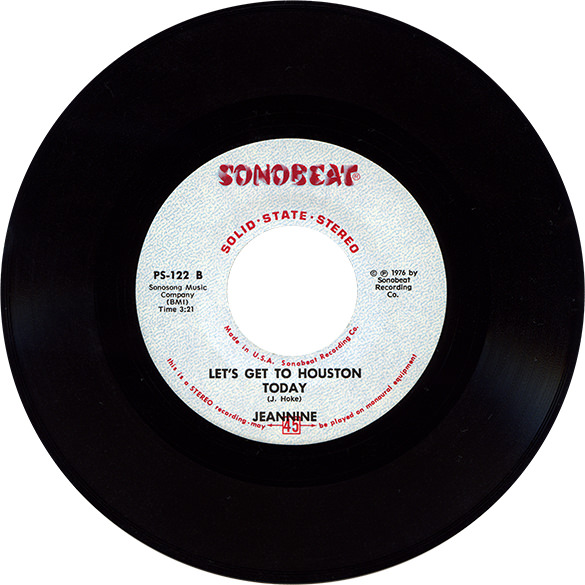